The Origins of the Central File

The document presented in this post is one of the nearly 300.000 registration cards used by The Central Committee for the Polish Jews (Centralny Komitet Żydów w Polsce, CKŻP) during the registration of the Holocaust survivors. The process of registration was carried out by the Records and Statistics Department of the CKŻP between 1944 and 1947, within the pre-war Polish borders. Eventually, the registration cards used by the Records and Statistics Department were merged into the Central File, which, since 1951, has belonged to and been stored at The Emanuel Ringelblum Jewish Historical Institute’s Archive in Warsaw (ŻIH).

The Central File remains the largest unified database of the survivors created shortly after the war. As a collection of information on the survivors, it was mainly used to help reunite families, especially in the years immediately following the establishment of the Committee.

In the fall of 1944, with the liberation of the city of Lublin, the Temporary Central Committee for Polish Jews (Tymczasowy Centralny Komitet Żydów w Polsce, TCKŻP) was established. Initially, it had two main goals: helping survivors and rebuilding Jewish life in Poland. As liberation progressed, it soon became clear that the TCKŻP’s tasks needed to be revised, since the Committee’s operations were becoming nationwide. In the early spring of 1945, the Presidium of the Committee, by that time already renamed the Central Committee for the Polish Jews (CKŻP), decided to create the Records and Statistics Department to advance the works of the entire committee.

The employees of the Records and Statistics Department were responsible for running a census-like survey in order to find answers to several basic questions:

As the survey was not anonymous, it provided the Department with files on every person who participated. Eventually, the registration cards holding census-like questions could be merged into the Central File containing general information on those who survived the war and lived in Poland between 1944 and 1947. The Central File became an irreplaceable tool used by the survivors to search for their family members and friends.

This card file and its structure, reflects the very nature and specifics of the post-war registration of Polish Jews. The survey was fully voluntary, and run only in the Committee offices. To be registered, one needed to learn about such a possibility, make a decision to get registered, and, finally, speak to an employee of the Committee. Information on the survey was spread by the media, mostly by the Polish Radio that broadcasted lists of survivors searching for their families, and through the Jewish press. The Committee also printed special leaflets informing people about the survey and convincing the survivors to get registered. The grapevine, however, remained the most effective way of spreading the news. The high rate of voluntary registration also testifies to the extent of displacement of Polish Jews and the difficulty of search for family members and friends.

Among nearly 300.000 existing cards, about 10% are believed to be duplicates (cards filled by the same person two or more times). Filling out more than one card was a common practice, since registering was considered the easiest way of being found by surviving family members. Many people re-registered after moving to a new address, in a hope that it would make it easier for friends and relatives to find them. At the same time there were too few employees of the Committee to make sure that all multiple registrations by the same people were wiped out, and so many of the new cards were added uncritically.

The registration was supposed to be all carried out on unified cards, which allowed for the subsequent creation of the unified Central File. A massive number of entries not matching the unified structure of the file was the result of late organization of the registration, and spontaneous registration efforts taken up by some of the survivors, independently of the Committee. Makeshift entries were made in books, notebooks, on clear sheets of paper or in old official forms originally intended for other purposes.

At the turn of the 1960s and 1970s, the archivists working in the Emanuel Ringelblum Jewish Historical Institute tried to complete the file. New cards – matching the requirements of the Central File – were printed, and all earlier entries that did not match the file were transferred onto them. By the mid-1970s, the construction of the Central File had been completed and contained nearly 300.000 entries total.

An example of a standardized, two-sided registration card filled out by one of the survivors:

Registration cards were intended to gather as much information as possible on the person undergoing the process of registration.

The name (including the maiden name, if applicable), surname, the date of birth, and the place of birth were crucial; for easier identification of the registrants, one was to put in the parent’s names, and mother’s maiden name as well.

The second section of the card contained housing details. Addresses, as of September 1, 1939, were usually filled in rather carelessly, and, in most cases, only the city name was given. The next question about the addresses during the war, was usually answered very briefly, if at all. The card holds data, place and reason for changing the address, and majority of the survivors gave short answers, mostly consisting of the name of the city or camp to which they were sent. The question about the current address (at the moment of registration) was answered extremely carefully, as providing the committee with the information increased chances of being located by surviving family members.

The following questions were designed for survey purposes, not survivors’ search. They refer to education and occupation before, during and after the war. For survey purposes itself, the next question was supposed to be asked during the registration: means of surviving the war.

The section located on top of side B of the card asked whether the person registering was blackmailed, arrested or sentenced to imprisonment. The next question applied to the means of supporting oneself during the war and provided several options to choose from: own money, friend’s money, Jews, non-Jews, social, or other2. The question was usually left unanswered, mostly due to the instruction the Committee’s employees were given. They were expected not to ask those questions that could cause confusion or make the interviewee displeased.

The next section – do you own any documents (photographs, dairies, notes or statistical data) which could be helpful in describing the “martyrdom” of the Jews – quickly became a point of interest of another, newly created body remaining under the control of the Committee – Central Jewish Historical Commission (Centralna Żydowska Komisja Historyczna, CŻKH). The Commission collected Holocaust documentation – diaries, memoirs, photographs etc. It also encouraged the survivors to write down or record their own testimonies. Many of the documents gathered by the CŻKH have been used during post war trials. The entire Commission’s collection remains now in the Emanuel Ringelblum Jewish Historical Institute Archive.

The tables applied to the relatives of the registrant. The first asked about those who lived in Poland before the war and were known to have survived. The second inquired about relatives living abroad.

The final section of the card was clearly created for office use. It had space for notes, and a mailing address with (if applicable) the name of the person to which the post should be sent. The section indicates the registrant had the possibility of giving a false name if he used such, or assign someone to collect his post.

The closing frame of the card contained the location of the committee, date of registration, official’s signature and registrant’s signature.

The question remains what percentage of the survivors decided to get registered. The survey was voluntary and the way it was conducted made it difficult for those in villages or smaller towns to become registered. Moreover, traumatic experiences of the war caused many survivors to fear the registration. Unknown numbers refused to visit the Committee’s offices and provide it with data on their palace of residence believing that (for their own safety) they should not reveal such information to anyone.

The questions asked and the answers preserved by the Central Committee for Polish Jews, and later by the Emanuel Ringelblum Jewish Historical Institute, allow scholars to continue research on the Central File. Simple calculations run on the database (available today in the digitized form in JHI’s archive) provide us with a unique chance to look into the survivors’ community. 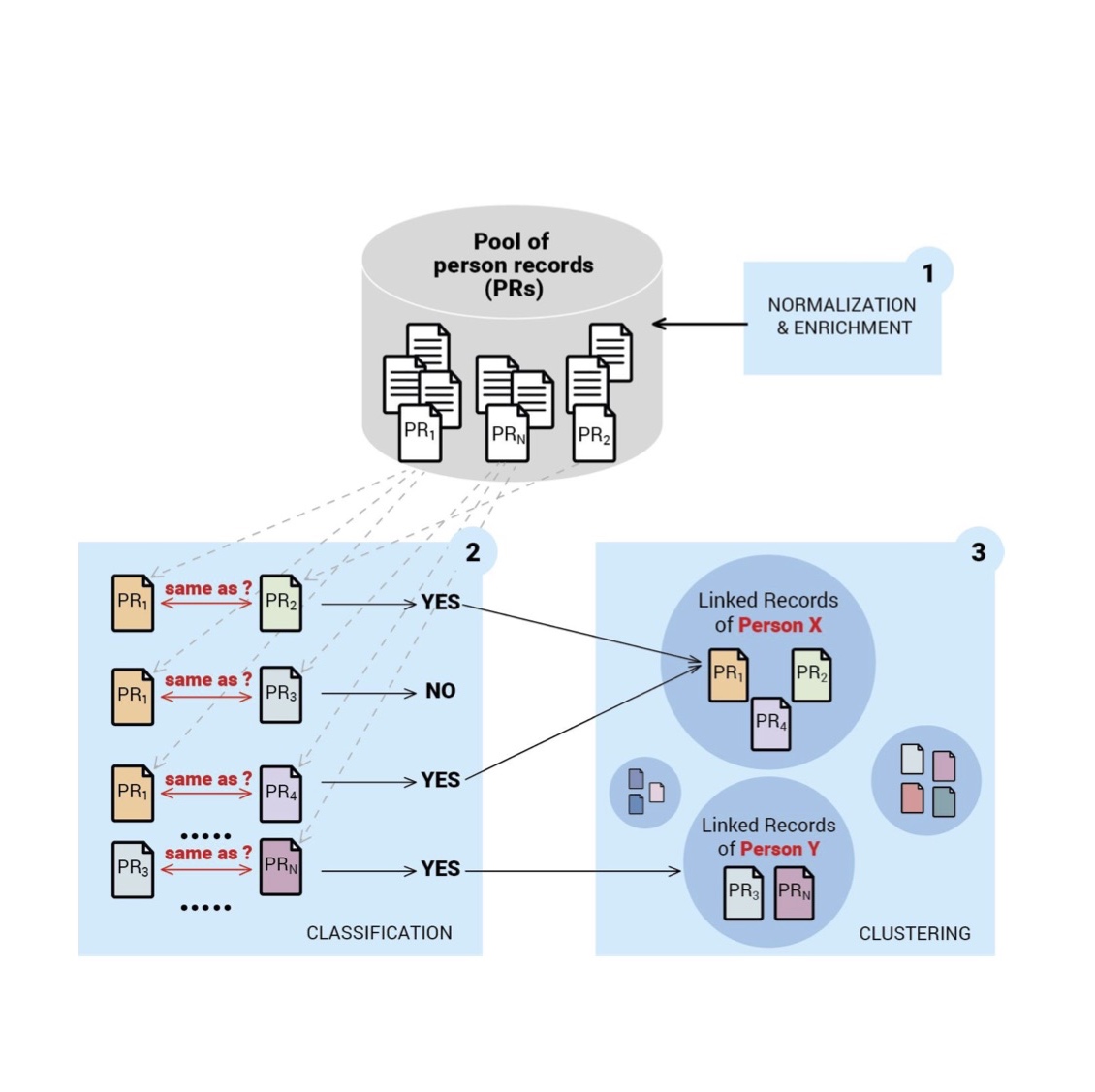 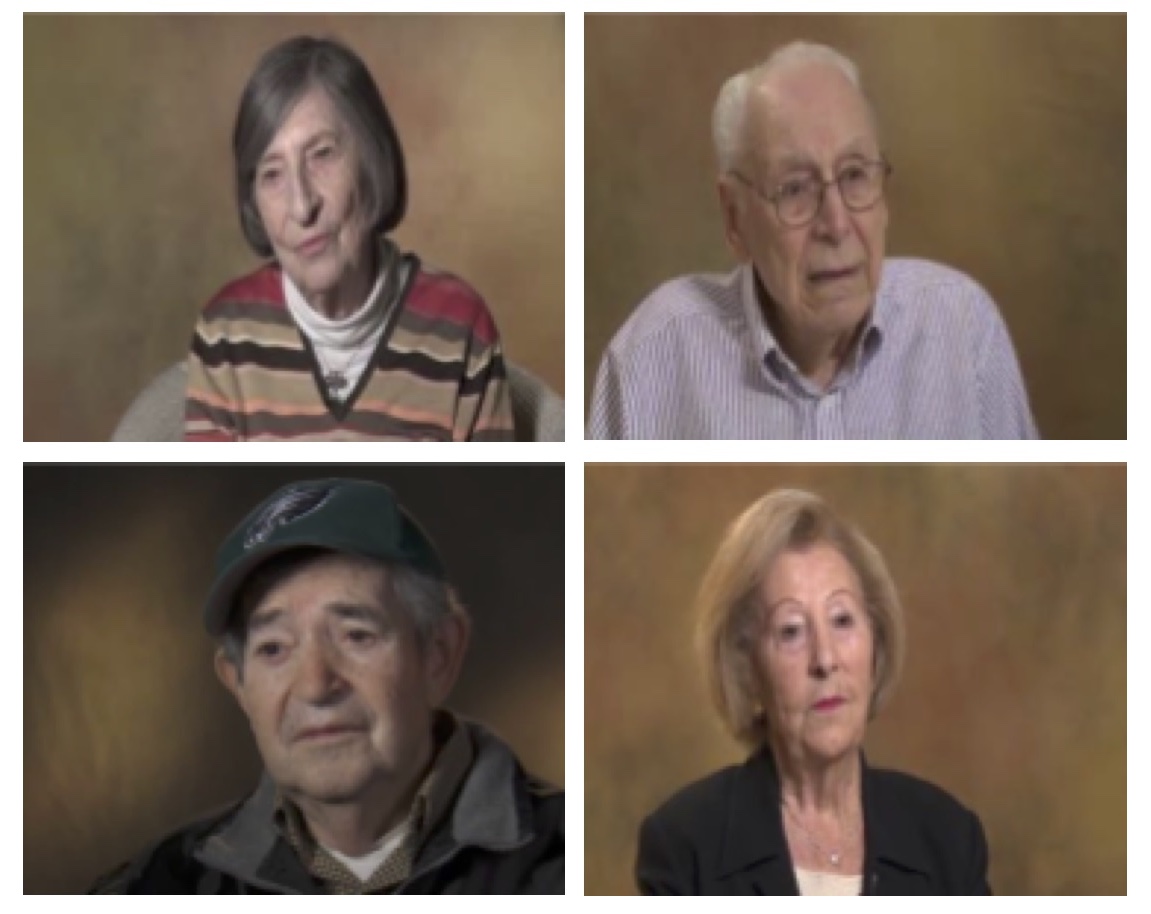 Author: Rebecca DillmeierJanuary 26, 2018
With over 22,000 hours of audio and video testimony in the United States Holocaust Memorial Museum’s collection and available online, we face a search and discoverability problem. Visitors to the collection can only find certain interviews by sheer luck or by looking for a certain person’s name. Creating catalog information for the hours of testimony Read More 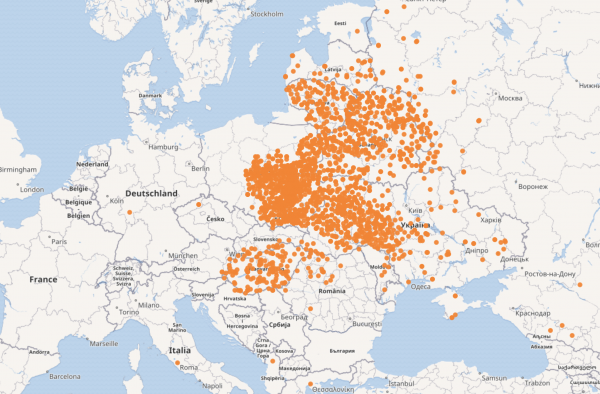 Using Wikidata to build an authority list of Holocaust-era ghettos

Author: Nancy CooeyFebruary 12, 2018
Introduction In the spring of 2017, the European Holocaust Research Infrastructure (EHRI, work package 11) began a pilot project to link the EHRI ghettos vocabulary set with Wikidata. One of the primary objectives of work package 11 is to build an authoritative vocabulary of ghettos that can be used to describe the diverse Holocaust-related archival Read More