The following document is just one of a unique collection of 365 eyewitness testimonies gathered in the days, weeks, and months following the November Pogrom of 1938, alternatively known as ‘Kristallnacht’ or the ‘Night of Broken Glass’. At the time, Alfred Wiener, the German-Jewish founder of The Wiener Library, was heading the Central Jewish Information Office (JCIO) in Amsterdam, which had been a place of refuge for him and his colleagues since 1933. Although no records exist of the methodology for gathering this specific set of testimonies, Wiener Library staff speculate that they were sourced using the JCIO’s several usual modes of information gathering: face to face interviews, telephone conversations, letters and written reports, selecting and cropping newspaper articles, and obtaining informal intelligence via conversations and correspondence with other organisations and contacts.

This particular document may not be what one normally has in mind when one thinks of a ‘testimony’. Rather than being a personal narrative, it consists of a series of transcribed letters written by children while in transit on the first Kindertransport on 1 December 1938. The letters are addressed to their families back in Germany while the children are leaving them behind for the safety of England. They were subsequently transcribed by an anonymous source and sent to the JCIO by somebody who identified himself as Herr Flörsheim (or Mr Flörsheim) from Amsterdam. Beyond those few details, nothing is known about the specific provenance of this item or the individual children who wrote the letters themselves.

See fullscreen visualisation of Letters from Children on the First Kindertransport

Please follow the links for full collection descriptions in the EHRI Portal and Wiener Library Collections Catalogue, as well as the original text and translation of the document:

Full text and translation can be found on the Wiener Library’s digital resource: Pogrom – November 1938: Testimonies from ‘Kristallnacht’

On the 9th and 10th November 1938, there was a widespread series of violent attacks against Jewish individuals and property throughout Germany and annexed Austria. Although German officials claimed the attacks had been a result of public outrage against the Jews after the assassination of Ernst vom Rath, it is widely accepted that Nazi Party officials, the SA, and Hitler Youth instigated the attacks, with the assistance of German civilians. The name ‘Kristallnacht’ literally means ‘Night of Crystal’ in German and owes its name to the shards of broken glass from the windows of Jewish homes, businesses, and synagogues that littered the streets as a result of the destruction and looting throughout the pogrom.

During the wave of violence, thousands of Jews were terrorised, persecuted and victimised and over 1,200 synagogues and thousands of Jewish shops, businesses and homes were desecrated, looted and burned. Over 90 people lost their lives and over 25,000 men were arrested, deported, and detained in the concentration camps at Buchenwald, Dachau and Sachsenhausen. The tragic events of November 1938 are seen by many as marking the beginning of the Holocaust. After the attacks, the Nazi regime began issuing a series of major policy changes and pursuing more aggressive measures against the Jews which they justified at the time as being ‘lawful’.

As a result of the pogrom, the British government agreed to allow an unspecified number of unaccompanied children between the ages of 2 and 17 to come to the UK in a rescue movement that became known as the Kindertransport (Children’s Transport). Before the outbreak of war in September 1939 some 10,000 predominately Jewish children were sent without their parents from Nazi Germany, Austria, and Czechoslovakia to safety in Britain.

On 1 December 1938, the first Kindertransport left Germany via Holland to England, carrying 206 children and 8 teachers. This first group of children was made up primarily of children from a Jewish orphanage in Berlin that was destroyed during the November Pogrom, but also included several boys who were old enough to be threatened with internment if they stayed, children of parents who were held in concentration camps, and children with only one parent (Fast 34).

The first Kindertransport train originated in the German town of Bad Bentheim on the border of Holland. The children arrived at the train station around 4:00pm on Thursday, 1 December 1938 via special coaches from Berlin and Hamburg. The train made its way through Holland, with several stops along the way in Oldenzaal and Rotterdam. In the letters, the children describe their warm reception in these towns and reflect on the warm food, soda, and snacks they were greeted with along the way. The train eventually arrived at the Hook of Holland, where the children boarded a ferry to Harwich, England around midnight. The ferry carrying the children arrived in Harwich at 5:30am on 2 December 1938.

Problems with Determining Provenance and Authenticity

The hurried nature in which these testimonies were originally gathered negatively affected the proof of authenticity and documentation of processes. They were mostly collected in the days and weeks immediately following 9-10 November 1938 itself for the specific and immediate purpose of disseminating a series of reports documenting the violent antisemitic attacks. Unlike later testimony collections held at the Wiener Library and other institutions, nothing remains to document the JCIO’s process for gathering these valuable early testimonies.

As a result of a lack of documentation, we do not know who provided many of the testimonies, including the identities of the children in the document above. Without knowing the identities of the individuals providing the testimonies, it is difficult to corroborate their authenticity and conduct further research into their lives and the information provided. The lack of names is partially due to the nature in which they were gathered, but also due to the fact that they were sometimes intentionally withheld. At the time, individuals providing testimonies may have feared for the safety of themselves and their families if they provided this personal information and therefore purposefully not included identifiable information or gave false information to protect their anonymity.

None of the testimonies in this collection were written directly by the individual providing testimony. Instead, they appear to have been transcribed or written by JCIO staff based on face-to-face interviews or telephone conversations. This absence of original writing is evident in the document above, which contains a series of transcribed letters rather than the originals. It can be assumed based on similar correspondence at the time, that the original letters were written in the form of postcards, but it is unknown whether they still exist and if so, where are they located. Without these documents, we have no access to the full names and addresses of the recipients originally written on them.

We are also lacking documentation for who transcribed the postcards, when they transcribed them, and how they were passed along to Mr Flörsheim who gave them to the JCIO. It was typically the case that children were told to write whilst on the journey and that postcards were collected from them at a certain point and sent. Based on this historical context, Mr Flörsheim was most likely a relief worker or one of the people accompanying the Kindertransport and the postcards were either transcribed by him or one of his colleagues before posting them to Germany from the Hook of Holland (the last place referred to in the letters).

As a result of the issues outlined, there is very little in terms of identifiable information in the document above. We are, however, given small bits of information that could be paired with additional documentation of the children on this Kindertransport to piece together who wrote and received each letter. The following are included in some or all of the letters:

Spector, Shmuel, and Geoffrey Wigoder, eds. The Encyclopedia of Jewish Life: Before and During the Holocaust [1-3]. Jerusalem: Yad Vashem, 2001. Print. 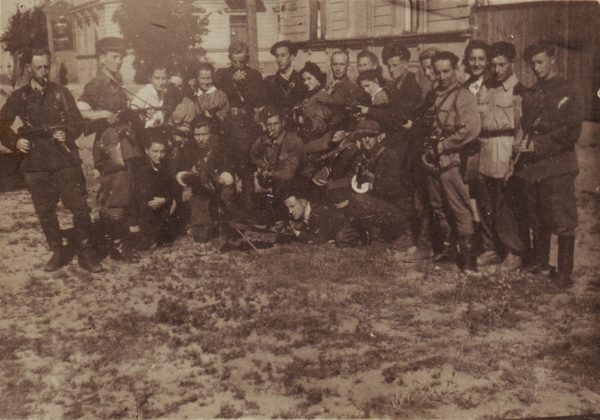 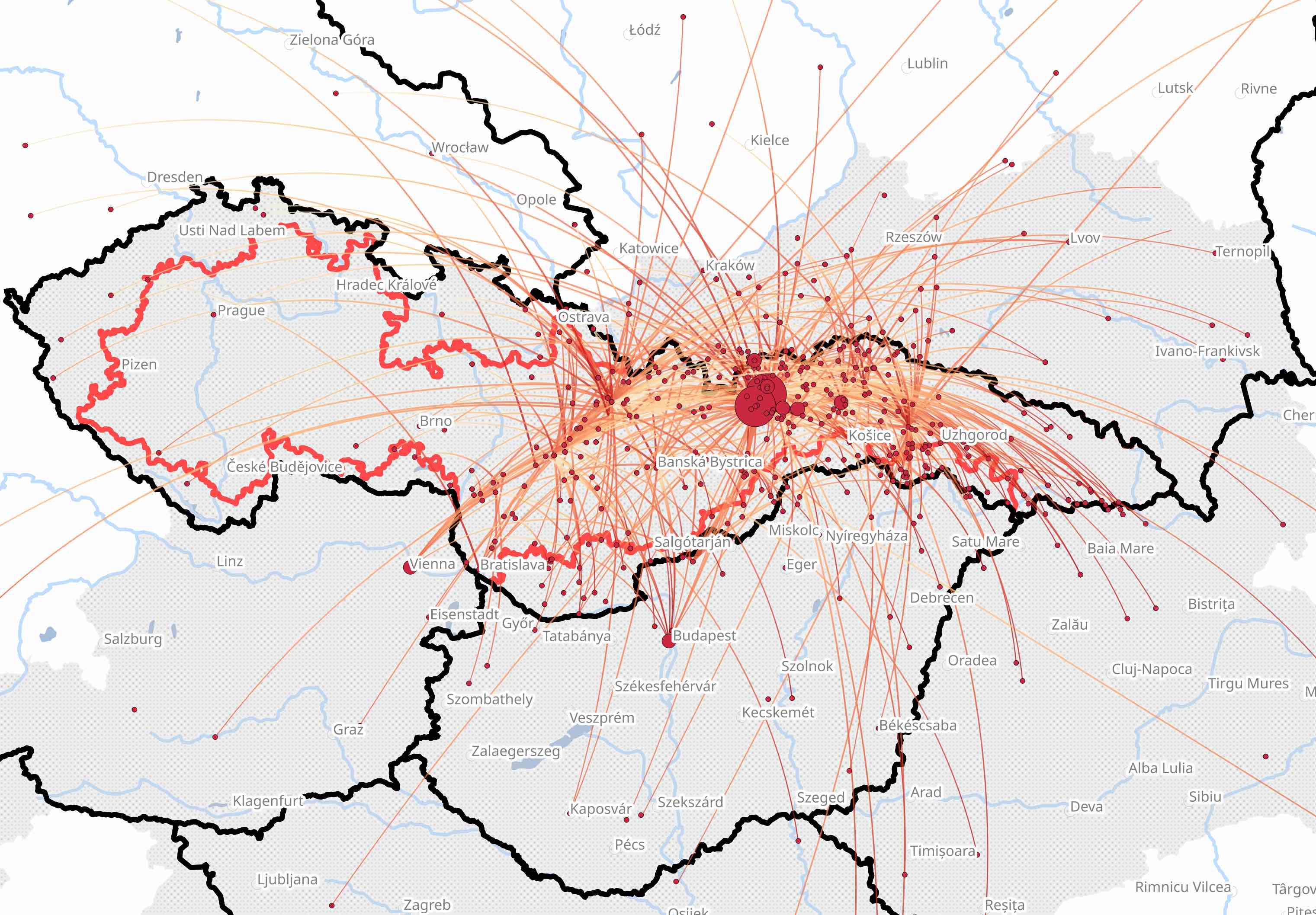